Marcus Santoro returns to Protocol Recordings with his new single “Goodbye,” recorded in collaboration with 88Birds. The new track combines all the elements of a progressive gem, from upbeat undulating melodies to a driving bassline that transitions perfectly from the radio to the dancefloor. “Goodbye” is his second release on Nicky Romero’s label of the year, directly following “Salvation” with Timmo Hendriks and Able Faces. 88Birds is the artist name of Amsterdam-based singer/songwriter Ira Kustovska, who under a different alias has previously worked with Dosem, Ruben de Ronde, Estiva, Tom Staar, Tim Mason, Cosmic Gate and Marcus Santoro on their earlier collaboration. Stay tuned for more coming from Santoro on Nicky Romero’s Protocol Recordings!

Marcus Santoro joined Protocol Recordings in 2019 with his remix of Nicky Romero’s “My Way,” followed by the first single release “Shine,” in collaboration with Sentinel. His career got a massive kickstart when his single “There Is Only You” topped the Beatport trance charts and received a phenomenal three plays in a row from Above & Beyond on their Group Therapy radio show – landing Marcus a guest appearance on the show a few weeks later. Afterward, his remix for Shapov & Trouze’s “The Way” on Axtone gained traction from artists and fans alike, leading to more releases on Enhanced, Armada, and Flashover. Since then on Protocol, Santoro has released “Out of My Head” together with Faderx, “Faces” and “Blackout” ft. Lauren L’aimant. Santoro closed out the past year strong with “A New Day” EP. 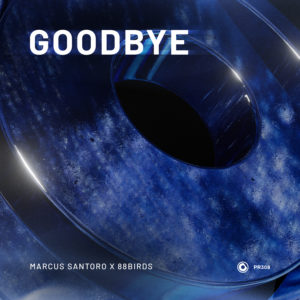 About the author: Jessica Northey
Tell us something about yourself.
Tagged Marcus SantoroProtocol Recordings

Are you sure you want to delete your Profile?

This will remove all of your posts, saved information and delete your account.

This cannot be undone.